AS SPIRITUAL AS I GET

I was reading a blog, the subject being Christmas. Unlike most blogs of the season that wish everyone good cheer and talk about the wonder of the holiday, this writing is different. The author feels alienated from Christmas. He can’t wait for it to be over. He believes religion in general, and Christianity in particular, is a power forced on people who don’t want it, something that causes unnecessary divisions between people. He believes that much of the hatred in the world is caused by those who believe their own faith is the only true faith. Perhaps that point of view, hating Christmas and all it stands for, sounds extreme to you.

I recently experienced a bit of the negative power of extremism in religion myself. An author on my writing site left me an email promoting her book about her Christian beliefs. It started out ‘you need to find the ugly truth about your life’ – something to that effect. I froze. I was shocked and scared by it. It sounded so threatening! I was having a bad day anyway; her words to me, a total stranger, literally seized me up with fright. After I regained my breath, I replied back and told her what I thought – that I was threatened and frightened by her words. That telling me I need to change my life, that my life is ugly, did no one any good. That it was harmful and didn’t make me want to read her book either. Us versus them – not good for humanity.

To her credit, she wrote back to apologize. She said she had no idea her message was offensive and that she would revise it for future emails. I know she won’t change her essential belief that I cannot be her equal if I can’t follow her Christian beliefs. I guess I’ll never be saved! At least she found out, though, that I am a real human being with feelings. And I found out she felt badly for upsetting me. But she couldn’t have discovered that if I hadn’t challenged her message. A little communication goes a long way. Makes us realize we are the same in more ways than we are different.

Religious belief, or the lack of it, is a consistently occurring theme in my novel PERSEPHONE IN HELL. Though my main character Glory doesn’t believe in God, she spends a great deal of time thinking about the subject. Glory’s mother Joyce is an atheist, and has passed her belief system on to her daughter. In this passage which happens close to the end of the book, Glory is agonizing about her loneliness and alienation. She desperately wants friends, to make human connections, find happiness. But there is no one left who cares enough to make communication possible. Glory is incredibly alone.

“I don’t have God. I don’t pray to the blue lights, or the cigarette gods, or the god of good fortune, or even to the goddess Persephone who raises the cruel spring.

It isn’t Persephone’s fault the spring brings chaos and disharmony. She ate three of Hades’ pomegranate seeds – big deal. That’s no reason to bind her to hell. That’s no reason to give up on her. Hades is the mean one, the gross and disgusting pig of an underworld god. Persephone isn’t much more than a child, Hades, though she looks adult. She’s just a girl, Hades. Leave Persephone be.”

Underneath every chapter of PERSEPHONE IN HELL is a cry for people to care about each other. It’s a primal scream of the most basic kind. A shout to the heavens to see who might be listening. 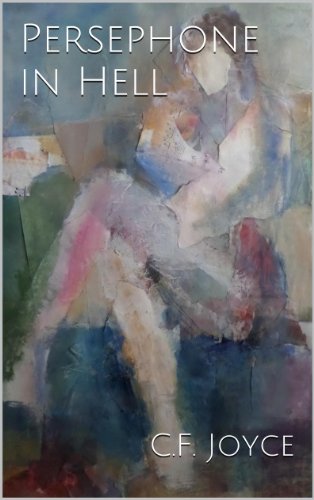