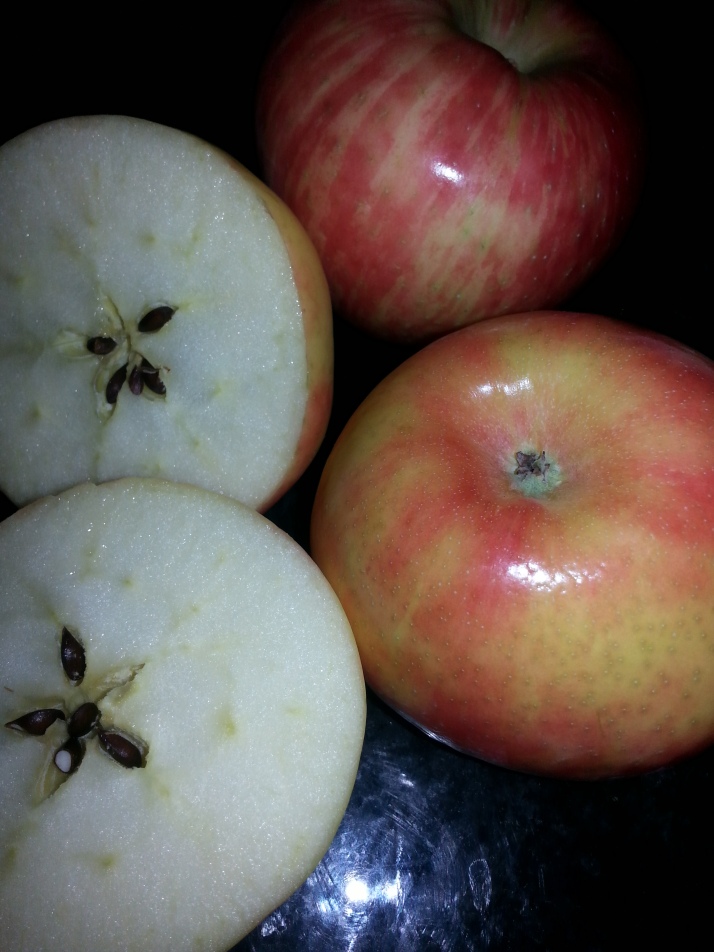 I’ve decided that an apple is the perfect food. Why, you might ask?

1. It’s round, and I identify with that.
2. It’s sweet, and no matter how much we’re told that sugar is evil, we all like it and it makes our lives happier.
3. It’s crunchy: my teeth, gums, jaws, and esophagus are all getting a great workout, which I count as my exercise for the day.
4. There is a star in the middle if you cut it in the right way, no doubt the universe confirming what I already know about myself, dahling.
5. Everyone has a favorite apple. A totally scientific study I just conducted did not come up with even one negative answer stating s/he doesn’t have a favorite because s/he hates them all. Given it’s the internet, I was expecting just such an answer (you $@&””ing !!/@! you must be working for the apple lobby!!!!) Nothing even close to that was stated. Honest.
6. You can take an apple with you when the mobs start chasing you down with torches and pitch forks. Totally mobile and easy to cling to.
7. I like the color red.
8. Teachers like them, and who doesn’t like teachers?